Cards of the Surreal Carnival

A student of Tarot for many years, I’ve always had an affinity for the Rider-Waite deck and some of its derivations, such as the Morgan Greer and AnnaK decks. I’ve found that many decks don’t resonate with me because they either are based too heavily on a “theme” or that they incorporate excessive amounts of symbolism. I wanted to keep the deck true to the nature of tarot: a chronicle of the overall human experience. The symbolism is extremely subtle compared to the other decks; I want someone to get an overall effect of the card without becoming distracted. The cards incorporate elements of surrealism to encourage imagination.

In developing the cards I push to get as much captured in the camera as possible in order to give the cards a raw honesty.  Below with the “Sun”, I photo-shopped little more than the field of flowers.  The sun in the background was generated by a strobe, the coloring was accomplished with photographic gels. The first 22 trump cards will be available in late 2017. 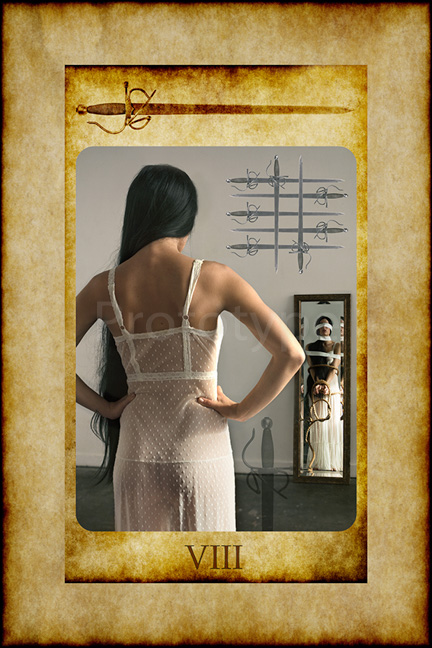 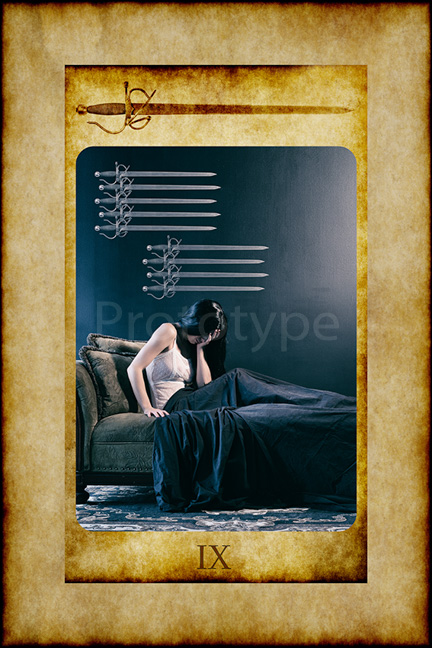 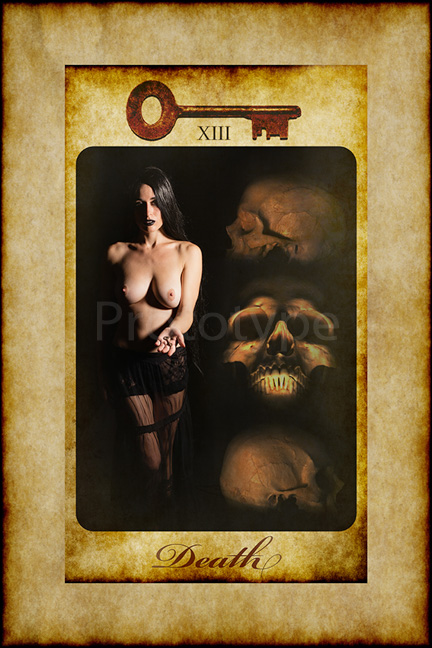